All You Need to Know About NodeJS 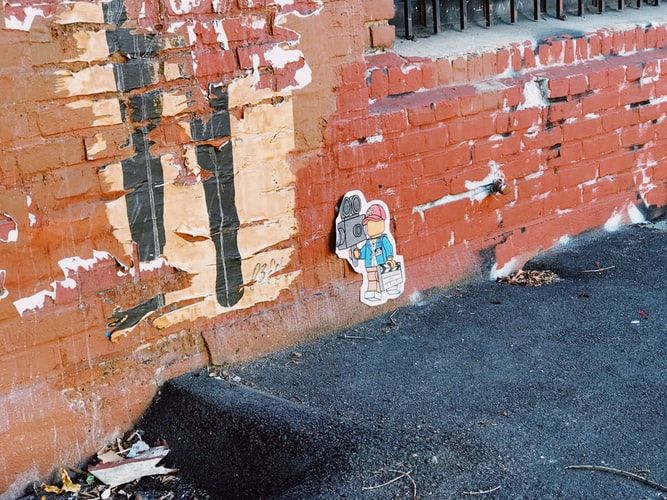 Node is a server side scripting language based on Google’s V8 JavaScript engine. It is used to build scalable programs that are computationally simple but frequently accessed.

3. What are the features of Node?

4. What is the output and how else can the code below be writting in Node to produce the same output?

setImmediately(fn) will be used in palce of setTimeout(fn, 0) since it is faster

5. Why is Node single-threaded?

A callback function is called at the completion of a task. This allows other code to be run in the meantime and prevents blocking. Being async, Node heavily relies on callbacks.

7. How do you prevent/fix callback hell?

8. Explain the role of REPL in Node.

REPL performs read, eval, print, and loop tasks. REPL is used to execute ad-hoc javascript statements. The REPL shell allows entry to javascript and evaluates the results. REPL is criticle for the purpose of testing, debugging, and experimenting.

9. Name the types of API functions in Node.

10. What are “streams” in Node? Explain the different types of streams present in Node.

There are four types:

13. How does Node handle child threads?

It does not expose child threads and thread management methods to the developer. Technically, Node does spawn child threads for certain tasks such as async I/O, but these run behind the scenes and do not execute any application JavaScript code, nor block the main event loop.

If threading support is desired in a Node application, there are tools available to enable it, such as ChildProcess module.

14. What is the preferred method of resolving unhandled exceptions in Node?

Unhandled exceptions in Node can be caught at the Process level by attaching a handler for uncaughtException event.

However, uncaughtException is a very crude mechanism for exception handling and may be removed from Node.js in the future.

If an exception has bubbled up all the way to the Process level, your application may be in an undefined state and would need to restart.

The preferred way is to add another layber between your application and the Node process which is called the domain.

Domains provide a way to handle multiple different I/O operations as a single group. So, by having your application, or part of it, running in a separate domain, you can safely handle exceptions at the domain level, before they reach the Process level.

15. How does Node support multi-processor platforms, and does it fully utilize all processor resources?

Since Node is by default a single-threaded application, it will run on a single processor core and will not take full advantage of multicore processors.

However, Node provides support for deployment on multi-core systems, to take greater advantage of the hardware.

The Cluster module is one of the core Node modules and it allows running multiple Node worker processes that will share the same port.

17. What are the two arguments that async.queue takes?

18. Mention the steps by which you can async in Node.

Stubs are functions/programs that simulate the behaviors of components/modules. Stubs provide canned answers to function calls made during test cases.

A test pyramid describes the ratio of how many unit tests, integration tests and end-to-end test you should write.

An example for an HTTP API may look like this:

20. What’s your favorite HTTP framework and why?

There is no right answer for this. The goal here is to understand how deeply one knows the framework she/he uses. Tell what are the pros and cons of picking that framework.

21. When are background/worker processes useful? How can you handle worker tasks?

Worker processes are extremely useful if you’d like to do data processing in the background, like sending out emails or processing images.

There are lots of options for this like RabbitMQ or Kafka.

22. How can you secure your HTTP cookies against XSS attacks?

XSS occurs when the attacker injects executable JavaScript code into the HTML response.

To mitigate these attacks, you have to set flags on the set-cookie HTTP header:

23. How can you make sure your dependencies are safe?

When writing Node.js applications, ending up with hundreds or even thousands of dependencies can easily happen. For example, if you depend on Express, you depend on 27 other modules directly, and of course on those dependencies’ as well, so manually checking all of them is not an option!

The only option is to automate the update / security audit of your dependencies. For that there are free and paid options:

The event loop is in libuv and not part of V8.

25. What will Node do when both the callstack and the event loop queue are empty?

If there is nothing to do, Node will exit - process.exit().

26. Besides V8 and libuv, what other external dependencies does Node have?

They have their own source code and license.

Yes it can, with Chakra!

Because ‘exports’ is just a reference(alias) to ‘module.exports’, and when you change exports, you change that reference and you are no longer changing the API. You are changing some local variable.

Every node file gets its own IIFE behind the scenes. Node wraps your code in a function. console.log(arguments) will give you arguments when ran with Node

29. The objects: exports, require, and module are globally available in every file but they are different in every file. How?

Because of that magic IIFE…

30. What are the 5 major steps that require function does?

31. How do you check for the existence of a local module?

Using require.resolve('module-name') will check to see if a module exists and throws and error that you can catch.

32. What are circular modular dependencies in Node?

Node allows this and you will NOT get an error. The only problem is that when one module is still loading, the other module will get a partial version of that loading module.

33. What are the 3 file extensions that will be automatically tried by the require function?

34. What are the major differences between spawn and exec?

Node can tell the OS to run a command and the OS will give Node back some output. But spawn and exec both allow you to do that.

35. How can we make Node always use JavaScript strict mode?

The argumen is interesting because it is a V8 argument. Node relays that to V8 and V8 will start in strict mode.

36. What is process.argv ? What type of data does it hold?

When you specify arguments to the node command those arguments get captured in an array and all the argument values are captured as strings.

37. How can we do one final operation before a Node process crashes? Can that operation be done asynchoronously?

Yes! uncaughtException is a generic error - “I’m crashing, what do you want me to do?”.

This operation cannot be done async because at this point, the event loop just gave up. Its not working anymore!

38. What are the built-in dot commands that you can use in Node’s REPL?

Run .help in the terminal.

Gets last executed value and captures that in the underscore variable.

Buffer.alloc gives you a chunk of the memory and actually resets that chunk for you with zeros

Buffer.allocUnsafe just gives you a chunk of the memory and you can read what’s already in that memory, so you can actually leak information. It us faster than Buffer.alloc

41. How does the cluster module work?

The cluster module helps with scalabilty, particularly with cloning. Good for scaling one server on multiple cores. Very simple process.

PM2 uses cluster module by default. If using PM2 on a multicore processor and caching, you’re prob doing it wrong. Some workers will not be aware of other worker’s memory.

42. When is it okay to use the file system *Sync methods?

Depends on the situation. Ex: if you initializing the server, sync is okay because it’s a one time thing and everything else is depending on all of it to be loaded.

43. How can you print only one level of a deeply nested object?

44. How can you debug a Node program in Chrome dev-tools?

You can’t! Instead use node --inspect. Node will give you a link that you can go to and it’ll be as if you’re using Chrome dev-tools

You want your functions to always be synchronous or always async

46. What is the difference between using event emitters and using callback functions for async handling of code?

event emitter: objects that you can extend and build in custom logic. event emits can just omit those dynamic strings - any string - and you can register handlers to be invoked when those strings get emitted.

callbacks: are like a special form of event emitter that you can register to once. if you want multiple callbacks to be fired for the same event, you want to use an event emitter.

Event emitters are very important becausae they are at the core of Node. Mostly all other objects in node implement event emitters.

47. What’s an example of a built-in stream in Node that is both readable and writable?

Examples are transform streams: crypto.createCipher and zlib.createGzip. Streams are the next important thing in Node. If youre not using streams, you’re doing it wrong!

Allows you to not use memory when you don’t need to. Working with big data doesn’t require allocating a lot of memory in node, you just use stings