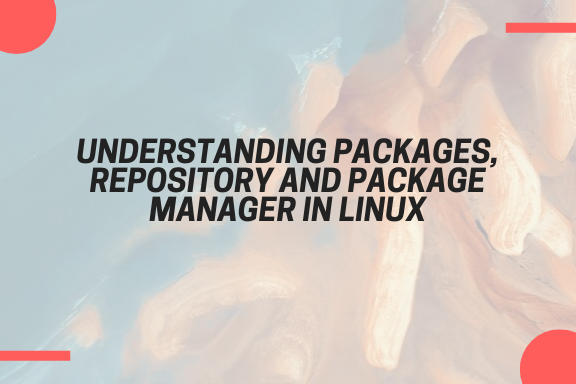 One of the most important feature while choosing linux distribution is it’s packaging system. Packages and Linux distribution keeps releasing frequently and to keep up with this blizzard of software we need a good tools for package management.

Package Management is a way of installing and maintaining software on the system. In early days, one had to compile source code to install software. Although, nothing wrong with compiling sources, but this days we can install packages from their linux distributor.

How a package system Works

Unlike distribution found in proprietary software industry usually entails buying a pieces of installation media such as “install disk” or visiting vendor’s website and downloading the product and installing, mostly linux application will be provided by the distribution vendor in the form of package files and rest will be available in source code form that can be installed manually.

Those packages are made available to the user of a distribution in central repository. Such repositories includes many thousand of packages, each specially built and maintained for the distribution.

Programs are seldom “stand alone”; rather, they rely on the presence of other software components to get their work done. Common activities, such as input/output, for example, are handled by routines shared by many programs. These routines are stored in shared libraries, which provide essential services to more than one program. If a package requires a shared resource such as a shared library, it is said to have a dependency. Modern package management systems all provide some method of dependency resolution to ensure that when a package is installed, all of its dependencies are installed, too.

Finding a Package in a Repository

Here are the package search command for two main distribution.

Installing a Package from a Repository

If a package file has been downloaded from a source other than a repository, it can be installed directly (though without dependency resolution) using a low-level tool.

Because this technique uses the low-level rpm program to perform the installation, no

dependency resolution is performed. If rpm discovers a missing dependency, rpm will exit with an error. Also it is similar for dpkg.

Packages can be uninstalled using either the high-level or low-level tools.

Updating Packages from a Repository

The most common package management task is keeping the system up-todate with the latest versions of packages. The high-level tools can perform this vital task in a single step

Determining Whether a Package Is Installed

Displaying Information About an Installed Package

Finding Which Package Installed a File

To determine what package is responsible for the installation of a particular file.